What make us different?
Quick Enquiry

Nepal tour packages offer you the journey to a various part of Nepal as well as select according to your nature of traveling. The trip name like Nepal holiday package and Nepal adventure tour make a vast difference in your package activates. In a holidays package, activity and sightseeing will focus on natural beautiful palaces which have significant importance in the culture, art, religion and living hood of people whereas Nepal holiday adventure tour package includes the thrilling actions such as bungee jumping, whitewater rafting, paragliding along with other adventure sports.

The Kathmandu Valley has three major cities: Kathmandu, Patan, and Bhaktapur. There are hundreds of Temples, Monasteries, Stupas of Buddhists and Hindu religions along with excellent viewpoints for the Kathmandu valley as well as the Himalayas. Some of the more interesting places in the valley are Boudhanath, Pashupatinath Kathmandu Durbar Square, Patan Durbar Square, Bhaktapur Durbar Square, Swayambhunath and Changunarayan.

Since a Long time, Nepal has been an extremely fascinating destination for travel among the tourists with all its varied language, tradition & unique hospitality of the people inhabited in the countryside. Hinduism & Buddhism are the two main religions of Nepal along with other several religions followed by the people from different ethnic groups. Nepal, therefore, known as one of the multi-religious country which holds temples, stupas & monasteries in uncountable number with a variety of God and Goddess depicting the deep faith of the people. Apart from these, Nepal has more to offer to our clients.

The amazing and wonderful sight of the Himalayas, a diversity of beautiful landscape, all is beyond our imagination. Nepal’s well-known fame in the world is the birthplace of Buddha – ‘Light of Asia’ is a thing of splendour for every Nepalese people. For those who interested in local people and their culture, the Kathmandu valley is endowed with seven World Heritage sites. This valley was divided into three kingdoms less than a century ago. Its now contains countless architectural memorial and vestiges of varied cultural and religious traditions. As such, numbers of tourists from different corners of the world have been enrolling towards Nepal with a view to visiting this beautiful country. 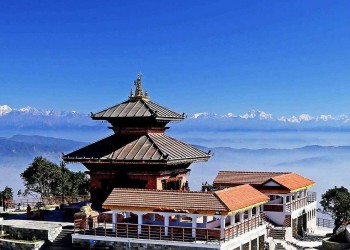 Introduction Nepal is a popular destination for cultural tourism. As Nepal is the birthplace of Gautam Buddha, it has made Buddhist pilgrimage tourism popular as well. Buddhist tour in Nepal is one of the most sold tour packages which takes you to the popular Buddhist pilgrimage sites of Nepal. With the Buddhist religious sites in Nepal, Nepal has been a sacred place for Buddhists.  Trip Overview The total days you need for Buddhi...

Introduction Explore the beauty of the lush green forests of Nepal through our Chitwan Jungle Safari Tour. This 2 Nights and three days’ tour aims to take you to one of the world heritage site listed in UNESCO, Chitwan National Park. The national park is the home for thousands of flora and fauns of Nepal, along with widespread vegetation. This national park is situated in the south-central districts of Nepal which include, Chitwan, Pars...

Mustang Overland Tour Introduction Mustang Overland Tour is the isolated tour in Nepal which takes you to the beautiful, forbidden valley of Nepal. The tour starts from Kathmandu on a jeep drive to Pokhara and then to the Lo-Mangthang. Covering the total distance of around 555km from Kathmandu to Mustang, it is a pleasant yet adventurous drive. The diverse landscape that you will experience will drive you to the beautiful scenery and the mo...

Introduction Nepal is a country rich in cultural as well as geographical diversity. Being a country rich in cultural diversity, Nepal has many temples, stupas, and monasteries that people can visit. As Nepal is the home for unlimited gods and goddesses, there are numerous Buddhist monasteries and Hindu temples found in Nepal. Although Nepal was known as a Hindu country a few years ago, it is a secular country now, and people here respect ever...

Introduction The most popular tour package among the locals and the foreigners is the Kathmandu, Pokhara, and Chitwan tour package in Nepal. With these four days to a 1-week tour package, you will be able to view the beauty of Nepal in a short time. This trip is the best trip that you can choose if you want to witness the cultural view of the beautiful cities of Nepal, including its traditional and local beauty. While the Kathmandu valley can...